It’s a cliché to describe that living in the twenty-first century there are always shortcomings that suddenly poke the journey of living in our life. However, as Muslims, we believe that every challenge that appears in our daily life is a mark of love from the Creator to His beloved creations that represents a form of test to make us stay closer to Him.

Some would say, how can a hardship portray the mercy and love of a Creator? That is the frequent question asked by young Muslim millennials today in trying to understand the relationship between life and religion. In fact, each of us views a particular issue or a problem in life differently because we can choose to see it from different angles. If one chooses to see thing in good light, it will be good, conversely, when someone chooses to see it from another perspective he or she will see otherwise.

An improvement in modern technologies coupled with a fast pace of every thing that moves on in our daily routine is a reminder for everyone to ponder. In addition, this era of globalisation has given a big impact to the Muslim way of thinking. For example, the merger of western cultures with the Islamic way of life has caused a decline in the way the Muslim society value knowledge.

Some Muslims start to see and value knowledge from a western worldview and its impact included the secular way of thinking among Muslims and a loss of Muslim identity.

However, we should emphasise more on the missing values among Muslims that they should appreciate the purpose of learning in this era. Therefore, all social problems which occur these days are symbols for those who realised that changes are necessary.

First and foremost, this opinion does not even downgrade students who managed to get good results in their examination. Nevertheless, the trend of competing to get the title of “most intelligent students” among all candidates, has sometimes put high value of appreciating knowledge at the edge of a corner.

Hence, students sometimes failed to see that knowledge which could be practised and used in our daily life is much more valuable than the knowledge one only knows from lectures in classrooms. All the knowledge are meant to be like “a bunch of words” to be memorised and vomited out in examination halls. Apart from that, some students perceive learning as a burden and find it too tiresome.

In my opinion, one significant thing about our education system is that it is  a medium for society to gain knowledge. It is a platform for citizens to acquire knowledge, unlike during the old days where people needed to find every single opportunity to seek knowledge by themselves. They needed to move from one place to another place to gain as much knowledge as possible to spread to their community in the hope that their community would become more civilised.

However, the education system we are used to these days has made students value the grade more than what they actually understand and able to apply in daily life. Getting all A’s has been defined as a very good thing in the world, and it leads to the common perception that these people will get good job and earn high salary. Slowly, the perception on being successful in studies changes from an improvement in the condition of living, attitudes or perception of a society towards living a wealthy life in future.

It is sad to see that nowadays some businessmen or public figures frequently use tagline that one can be successful even though the person did not complete their tertiary education. From this statement, it looks like they are trying to portray that being successful in studies is only to gain a wealthy life, when in fact, acquiring knowledge is more than that. Knowledge is something so pure and costly that some scholars made sacrifices in their life to expand and learn new knowledge for the sake of future generations. These scholars are willing to move from one place to another place far away from their homes to seek for more knowledge.

Knowledge is so powerful due to its ability to make one stay humbled and amazed with the power of God. That is how they become closer to Him day by day. However, it is possible for any individual to define success as living luxuriously in this world since it is subjective to be argued. However, dragging a new perception about knowledge or to create an example to society that knowledge is only at that level, is a little disappointment.

It looks like most people have begun to ignore the importance of knowledge in this era which were fought by great scholars of the past. Such ignorance  goes to indicate the hidden reason as to why our society is regressing or becoming “uncivilised” when people start to prioritise materials over intellect in their life.*** 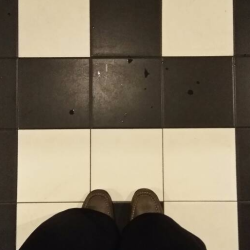