GOMBAK, 16 February 2018:  One of the highly anticipated annual programmes this semester was the CiTRA Open Day concert which focused on performing arts, music, fine arts, and writing.

Held at the Main Hall, International Cultural Centre (ICC) here on Tuesday (13 February) and hosted by CiTRA, the event was full house as tickets were sold out even before the event was staged. CiTRA is IIUM’s Centre for International Islamic Culture.

The stage was conquered by different performances ranging from instrumentals and poetry to solo performances showcasing the many in-house talents of its very own students.

The performers were appealingly decked in mustard and white, seated according to their ensemble, ready to perform, as the guest of honour, the Director of CiTRA, Dr Mahadi J Murat, was escorted to his seat.

The first act of the night was staged by a combination of all clubs performing the Gegak Gempita, conducted by Cik Gu Ku Zahir Ku Ahmad, who had been the conductor for the past six CiTRA Open Day concerts.

The event was followed by a warm welcome by the emcees, Muhammad Syazil and Lily Shahirah.

Cikgu Endang’s rendition of Virgoun’s Surat Cinta Untuk Starla mesmerised the audiences when some switched on the flashlight on their mobile phones. The bodacious sound of the violin captured the audience’s emotion.

Another performance that caught the ears and feelings of the audiences was the cover of Jamal Abdillah’s hit Penghujung Rindu by Tarmizi. His powerful baritone vocal range combined with the rhythmic sounds coming from the instruments kept the audience’s heads trembling to the beat of the drum.

Members of IIUM Nafastari, as always, never disappointed the audiences by performing Lagak Orang Kaya and Samrah Mentari gracefully. Malaysians were able to educate themselves with the national cultural identity as portrayed by the dancers.

Not to mention, the involvement of Film Creative Production Club (FCPC) ensured the entire event being captured and recorded.

The event’s programme manager, Luqman Alif, who was also one of the players of IIUM Gamelan Gema Gangsa, said that he was very satisfied with the event. He was thankful to the performers who had worked very hard despite having only two weeks’ training instead of the normal four weeks.*** 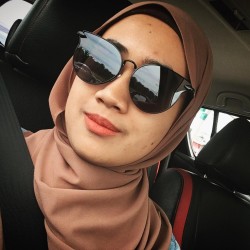