Currently South Africans are urged not to panic‚ emergency medical service ER24 advises those travelling to countries where there is a zika outbreak to familiarise themselves with the symptoms and possible effects of the virus. Meanwhile, Malaysians are advised to beware and take precautions towards the spread of such virus in our country.

According to Centre for Diseases Control and Prevention USA, zika is an emerging mosquito-borne virus that was first identified in Uganda in 1947 in rhesus monkeys through a monitoring network of sylvatic yellow fever. It was later identified in humans in 1952 in Uganda and Tanzania. Outbreaks of zika virus disease have been recorded in Africa, the Americas, Asia and the Pacific.

As a pre-cautionary step toward this virus, people are recommended to use insect repellent regularly, wearing clothes, preferably light-coloured that cover as much of the body as possible, using physical barriers such as window screens, closed doors and windows, additional personal protection, such as sleeping under mosquito nets during the day.

It is extremely important to empty, clean or cover regularly containers that can store water, such as buckets, drums, pots and others. All mosquito breeding sites should be cleaned or removed including flower pots and used tyres.

Dr. Deborah Fields from Medical News has outlined some symptoms of those affected by the virus. First, having a fever that is over 37.5 Celsius. Zika virus generally can cause our body temperature to increase to more than 38.5 Celsius. Other than that, a patient may suffer from reduced urine and blood because of the water increase in sweat from the body. In order to counter this, patients are advised to drink a lot of water to recover their bodily fluid. Also, they should keep away from hot places so that the patients sweat less.

According to Dr. Deborah other symptoms include inflammations of the surface of the eyes, red spots rash, feeling too fatigue and joint and muscle pain.

Other than what have been mentioned above, it was reported that zika virus can cause neurological and auto-immune complications of disease. Recently in Brazil, local health authorities have observed an increase in Guillain-Barré syndrome which coincided with zika virus infections in the general public, as well as an increase in babies born with microcephaly in northeast Brazil.

Agencies in Brazil investigating the zika outbreaks are finding an increasing body of evidence about the link between zika virus and microcephaly. So, future mothers have been strongly advised to take care of themselves as this virus is still on outbreak.

What do to if you are affected by the virus? The advice, according to medical experts, is to avoid from spreading the disease further by getting a lot of rest, and using mosquitoes repellant at all times. Prevention is therefore better cure. *** 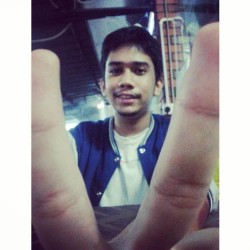 nurmanlazim
A Communication student and in between of everything.

Latest posts by nurmanlazim (see all)