Most things are simply said than done but when it comes to selfies, some people might disagree. It’s easy, just take out your smartphone and open camera, switch it to the front lens then hold it from an angle that complements your face most, making your eyes big and your cheekbones defined, then at last click capture.

Selfies have become a popular culture unconfined to one particular place or a race or an age. Anybody with a smartphone/camera and an Instagram account has taken and posted at least one selfie.

Even Obama’s daughters were seen taking a selfie during their father’s second inauguration. Similarly, celebrities like Rihanna, Justin Beiber and Madonna are regular selfie takers, and usually upload their selfies on Instagram and other social networks.

However, are there particular places where selfies considered inappropriate and offensive or even prohibited? Like perhaps taking a selfie on stage during your convocation ceremony.

Some might say it is disrespectful and inappropriate, yet others will find it cool and awesome to capture that very special moment of your student life.

From one side it does seem disrespectful, to suddenly in the middle of receiving the scroll, take out the phone and snap a picture of yourself with the crowd or the dignitaries present on stage. Anyway, there are professional photographers at the ceremony clicking pictures of each graduate receiving the scroll, so what is the point of taking a selfie, which will most probably be hasty, shaky and blurry?

On the other hand, it does sound like a cool idea to take a selfie while receiving the thing (scroll) that you have been patiently working hard for, for more than four years.

For generation Y, it is more fun and exciting to take a selfie than to be photographed by a cameraman. And to some people, they actually feel that the pictures they take of themselves will turn out better than if it is taken by someone else.

So, may be it is a crazy idea for students to take selfies on stage, but it also comes with the feel of excitement and joy.

Therefore, perhaps if a graduating student has a great wish to snap a selfie while receiving his or her scroll on the special day, then he or she should politely ask for permission first before rushing the phone out of the pocket. *** 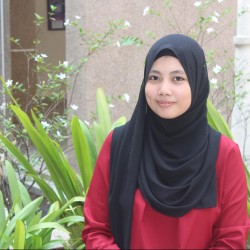