KUALA LUMPUR, 9 January 2023: “We are the best art of Allah SWT. You cannot find any more beautiful art other than we human beings,” said the Cultural Counselor of Iran Cultural Center, Mr Mohammad Oraee Karimi, during the launching of the visual arts exhibition in IIUM.

The exhibition aimed to assist artists, students, and the general public in appreciating the beauty of integrating Islam into various art styles while giving a platform to young Muslim artists to showcase their art.

According to Mr Karimi, the exhibition took the name “Unite in Arts” to remind the audience that, “unity cannot be achieved without Allah‘s will.”

He explained that, having a strong spiritual ties to Allah can bring unity among Muslims.

“When art is only for art, it is meaningless. Art is valuable when it is for a higher goal, and that is for Allah SWT,” he explained in line with the theme of “Islamic art” for the art exhibition that was held the following six days.

At the end of his speech, Mr Karimi expressed his admiration towards the strong determination of IIUM arts students in fighting for this cause.

He also conveyed his hopes for the art exhibition to be the beginning of Islamic arts and may one day even be an international.

“Unite in Arts is the theme to show us that, even from an Islamic university, in an international university where we gather as one religion but with different races, backgrounds and conflicts, what comforts us all is art,” he added.

He said that this was the first visual arts gallery hosted in IIUM by the IIUM Art Club.

Br. Adi mentioned that the exhibition marked the beginning of a new era for IIUM Art Club and hoped for other exhibitions inclusive of performing arts such as poetry recitals and sajak in future.

He took the chance to remind the audience of IIUM Art Club’s motto, Art is a form of language. “A language that may not be heard but can be seen.”

The Opening Night of IIUM Art Club’s “Unite in Arts” Exhibition was hosted by Mr Karimi at the Iran Cultural Center on 10 December 2022.

Organised by IIUM Art Club in collaboration with Fusion of Science and Art (FUSCIA) IIUM Kuantan, Malay Language and Literature Club (MALLIC) IIUM and ARCHIMIC KAED IIUM, the exhibition was open to students and public.*** 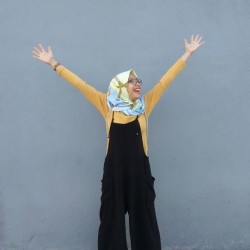