GOMBAK, 14 December 2019: The IIUM Sports Development Centre (SDC) has sent three teams consisting of 13 players and three managers to participate in the MASUM Esports Championship 2019 (MEC) which will be held at Ancient Galaxy Esports Hub, Melaka from 12 to 15 December this year.

The competition is hosted by Univesiti Teknikal Malaysia Melaka (UTeM) and involves representatives from each university in Malaysia.

Prior to their departure, a flag handing ceremony was officiated by the Director of IIUM Sports Development Centre, Asst. Prof. Dr. Mahyuddin Daud at IIUM Saidina Hamzah square on Thursday.

In his speech, Dr. Mahyuddin advised the students to take care of their health and uphold the good name of the university.

The ceremony, which was held for the first time, aimed to wish all the athletes to achieve victory in the competition.

One of the team managers, Faisal, said, “I am excited to participate in this competition as we are representing IIUM for the first time in MASUM Esports.” *** 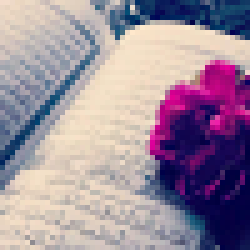