GOMBAK, 10 July 2018: “I am extremely excited to be part of the FIFA World Cup 2018 as this is the greatest show on earth. It was a good opportunity to find new friends from all over the world and to reach out to top FIFA officials. I also learned new skills, and this experience hopefully will help me to advance my career.”

This was the expression shared by IIUM student, Kabir Hossan, following his involvement as one of the volunteers at the 2018 FIFA World Cup in Russia.

A Bangladeshi final year Economic student, he was working as a media volunteer and was assigned to work in Mixed zone and at Press conference.

“It was my first time to work as a volunteer in the FIFA World Cup and I felt proud to represent my university at such a prestigious event. I wish for more students to be involved in the next World Cup in Qatar as volunteers,” said Kabir.

Kabir Hossan is among 14,000 official volunteers at the FIFA World Cup 2018, where 13,000 are Russians and 1,000 others have been selected from different countries.

“One of the best moments was when one man came to me saying that he was also an IIUM Alumnus, and wanting to take a photo with me while standing with ‘I love IIUM’ placard, in front of the Kazan Arena stadium, before the Brazil-Belgium match. People from different countries then also eagerly joined me in taking photos,” Kabir said.

Kabir added, “To become a FIFA volunteer, it was a long journey to travel. I started my journey in 2016 by filling in the application form and I had to sit for an online English examination by FIFA.”

“After overcoming the first exam, I had to face another online interview from Moscow in 2017 and the officials sent my application to Functional Manager of Kazan Arena stadium.

Lastly, I had to attend an interview in 2018, after which I became officially appointed as a FIFA volunteer for World Cup 2018.”

Kabir explained that his working schedule was always after the final whistle of the match, so during the match he used to enjoy watching the game.

“I have also received an invitation as a volunteer for the Rugby World Cup Seven 2018, San Francisco. I also applied for ICC World Cup volunteering in the UK,” Kabir added.

This is Kabir’s second time abroad for volunteerism work. He is very passionate about volunteerism and loves to help others in establishing networking through volunteerism. The last time Kabir was in Thailand for another volunteerism exercise.

“IIUM sports division helped me to get myself prepared before I left for Russia, but the process was rather slow and lengthy,” Kabir shared. ***

From left Kabir, holding ‘I Love IIUM’ with ex-IIUM Graduate.

Selfi before Argentina vs France Match at Kazan Arena.

Kabir got gift from FIFA, official football and Credit Card. 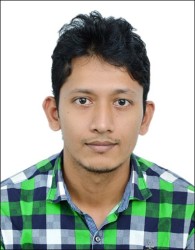