GOMBAK, 9 April 2018: To showcase treating of animals with respect, Abu Hurairah Club has recently opened a cat shelter booth in front of Information Technology Division building with the aim to control the population of stray cats in IIUM campus here through legal means, apart from creating a compassionate environment among the community.

The project for such shelter to house stray cats behind block C, Kulliyyah of Information and Communication Technology (KICT) in May, has received positive response from a number of organisations, sponsors and students.

In addition, to organise handling of stray cats, Abu Hurairah Club has recruited 180 volunteers from among its members and divided them into four bureaus – rescue, nurture, adoption and sponsor.

Meanwhile, stray cats around the campus and Mahallah are also being handled by an outside pest control company.

“We got a contract from IIUM and all stray cats captured will be released at the market around Gombak and will not be killed,” explained Mohd. Azam Jusoh, a staff of SHAM Pest Control, denying rumours that these cats will be killed.

“We try to reduce the number of cats here and will contact our contractor if we receive any report from students,” said Rohaini Mansor, the administrative assistant at Mahallah Hafsah, pointing out that cats are strictly prohibited inside Mahallah’s rooms.

Abu Hurairah Club president, Muhamad Zaim Akmal, admitted that the problem with these cats and the disease they suffered were because of environmental factors and not related to torture.

“IIUM community is really nice to them and no abuse took place here. The cats are easily infected as they do not receive proper vaccine,” Zaim told IIUMToday.

“Many students were feeding cats around campus, showing care, and helping to look for the mother of stray kittens,” said Junaiti Taharudin, a cleaner at Human Sciences building, admitting the kindness showed by IIUM community.

Asked about other ways to create comfortable surrounding for cats, Zaim Akmal advised students to “feed them in proper container and ensure cleanliness”.

Those concerned about cat’s welfare may give financial donation to Muhammad Zaim Akmal at account number 164490426896 (Maybank) or provide donations in equipment form such as cage, carrier and sand by contacting Nur Shahirah Muhammed Haris at 012-3487910.*** 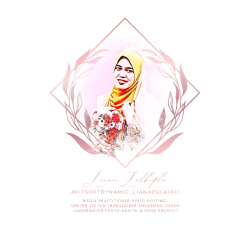 Liana Zulkifli
Strengthen your mind by READING,
Enhance your life with EXPERIENCE,
Proof your knowledge through ACTION.

Because, you are the KHALIFAH.