GOMBAK, 27 July 2017 – The Raya gathering of the Students’ Representative Council (SRC) held on Monday (24 July) at EDU café had attracted a good crowd of attendance from among the students.

The venue was earlier set at the SRC office but was changed to EDU café because the SRC office has limited space, apart from it not being event-friendly especially for disabled students, as it is located at level 4.

Among the guests invited to the event were Deputy Rector (Student Affairs), Prof. Datuk Mizan bin Hitam, and the administrative officers at Student Affairs and Development Division (STADD), Hafsah Yusof, and Tuan Anuzi Nik Him. However, they were not able to attend that night.

The event started at 8.45 p.m with a speech by the president of SRC, Amirul Hisham. This was followed by an announcement on the closing of Jom Balik Kampung which began on the first day of Raya.

At 10.00 p.m, a dialogue session was conducted on current issues such as cases relating to the Mahallah as well as explanation on the ALB system, the kad siswa and welfare issues.

“We realised that due to our tight almanac, other than meeting students in our SRC programmes, we rarely meet IIUM students in this kind of informal and leisure setting,” said the president of SRC.

A total of around 300 students attended the event which was intended to strengthen the bond between the SRC and the students as well as to provide updates on current issues and to listen to students’ voices.

The event also provided an opportunity for the international students studying in IIUM, in particular, to experience the Malaysian way of celebrating Aidil Fitri.***

(photo by Nabilla Najeeha as PR of SRC)

The exco explaining on ALB issue

(photo by Nabilla Najeeha as PR of SRC) 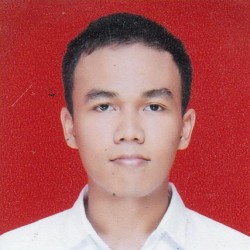