The ceremony was attended by Pemangku Raja Pahang, Tengku Mahkota Tengku Abdullah Al-Haj who later launched the celebration of the 20th anniversary of the establishment of the IIUM Kuantan campus. Also present at the launching were the IIUM Rector, Prof. Dato’ Sri Dr. Zaleha Kamarudin, and Director of Kuantan campus, Prof. Datuk Dr. Tariq Abdul Razak.

The Kuantan campus offers science programmes such as medicine, dentistry, and pharmacy. It has been in operation since 1997 with a total of six Kuliyyahs, namely the Kuliyyahs of Dentistry, Medicine, Pharmacy, Integrated Health Sciences, Sciences, and Nursing.

The campus has been equipped with various state of the art technologies and some of the most sophisticated medical equipments in the world.

According to the press release issued by IIUM Corporate Communication Office, success over success have been achieved in various fields of expertise that have transformed IIUM Kuantan campus into a pioneer in the sciences in the east coast region of Peninsular Malaysia and in Southeast Asia for medicine.

Also launched at the celebration yesterday was a diploma programme on mosque management which will be coordinated by the Centre for Continuing Education and Strategic Training, IIUM (CRESCENT).

The anniversary celebration was attended by some 1000 members of IIUM Kuantan campus community, who were mainly staffs and students.*** 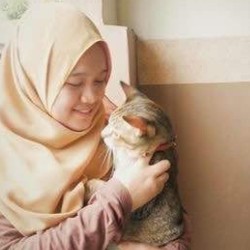