NEW ZEALAND 6 July 2014: It’s another achievement for the International Islamic University Malaysia (IIUM) when it has been named as the champion of the Australasian Inter-Varsity Debating Championship 2014 in the English as a Second Language Category (ESL).

The event was held in Otago University, New Zealand, on July 6  and known as the second largest debate competition in the world.

IIUM was represented by Mubarrat Wassey of Kulliyyah of Economics and Management Sciences (KENMS), and Ameera Natasha Moore and Ahmad Hazim Norahmadi, both from the Ahmad Ibrahim Kulliyyah of Laws (AIKOL).

Other than winning the champion of ESL Category, Wassey and Moore also walked away with Best Debater Awards in the same category.

This is IIUM’s second consecutive winning in the competition. Victoria University of Wellington was named as the overall champion. 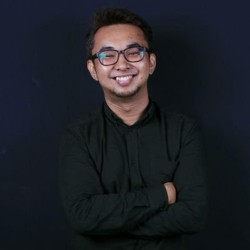 Shawal Ras
A lecturer by day and a music blogger by night. Formerly: Managing editor at IIUMToday, and lifestyle writer for Esquire Malaysia and The Score Magazine.