By Puteri Balkish and Faiz Rahim

GOMBAK, 8 April 2017 – After weeks of promotional activity, in collaboration with the Secretariat of Psychology (PSYCSTA), the Pertubuhan Amal Firdausi Kuala Lumpur and Selangor (PAFI) composed a theatrical act titled Kain Pelikat, Kain Batik as the closing event of the five-day long IRKHSS Festival. The play was held at IIUM Cultural Centre (ICC) on Friday (7 April) at 8p.m.

The Dean of IRKHS, Prof. Dr. Rahmah Ahmad H. Osman graced the event and praised the success of the IRKHSS committee in making the festival a joyous one by accomplishing the theme “Integration towards Perfection”.

Controversies were attributed to the staging of this play as it revolved around the LGBTQI community. Being under the impression that this play would send a convincing and uplifting message, the tickets were selling like hotcakes until the very date.

For the sake of education and better comprehension of the issue, a majority of IIUM students and members of the public crowded the ICC hall and filled almost all of the available seats.

Majority of the audience were anticipating for a spectacular, stellar embodiment to raise awareness about the LGBTQI community, to tackle misconceptions and discrimination about them and professional ways and alternatives to deal with them if they are up for a change – to remind them that people can accommodate.

The plot arrangement went in with monologues and tells a story about Rayyan, a dying man who fancied ‘giving’ and ‘sharing’ all of his love towards people as he came from a broken family. Married with a wife, he too, had illicit relationships with a gay male persona and a transgender. The wife ended up killing herself during her pregnancy due to his actions.

In a brief interview session with the director, Hamli Hamdan, he explained the story behind Kain Pelikat, Kain Batik.

“We wanted to highlight the fact that there are a lot of HIV cases involving housewives that are oblivious to their husbands’ illicit relationships. The husbands have usual intimate relations with their wives after, and then end up being victims,” he said.

Only an odd few claimed that the play had a somewhat deep meaning, some incomprehensible idea that brought tears to their eyes. Maybe it was the overly exaggerated crying in the acting.

Alas, after the play ended, most of the audience members were dismayed by the message conveyed throughout the play. Most claimed that the hype was not worth it.

The play ended up sending a message that might indirectly contribute to the stigma of the society towards the LGBTQI community instead of putting a halt to it. Most did not understand the storyline and gave out negative comments on the characterisation, articulation and scenography. People were questioning the correlation of the Quranic verses and hadiths inserted.

The role play was thought to be inclined towards defending the heterosexuals and might have implied a negative image towards the LGBTQI community. Also, the usage of certain words was perceived as insensitive and many demanded for a refund.

Nonetheless, one of the committee members mentioned that the reason behind the drawback may have been spurred from the lack of organiser and producer involvement when they decided to collaborate for this event. Lack of communication was most probably a prime factor.

A lesson to be learned – you can never give one party the entire benefit of the doubt. *** 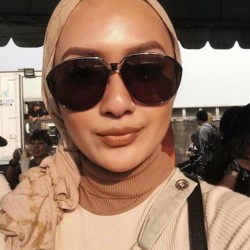