Coffee, snacks and adopt a cat. That’s the latest trend of cat-themed café that has begun to spring up across Malaysia following the first feline café, The Country Cat Café at Setapak in 2014.

Cat-themed café originated from Taiwan in 1998 later brought by the Japanese popular culture in 2005 and now it’s become a worldwide phenomenon. Currently, there are about 40 cat café in Tokyo alone excluding the bird-themed café, Owl and Penguin café.

Today, some cat lovers around the world – for example, East London and Manhattan, USA follow the same steps to nurture the sense of animal loving and respect among the publics.

And Malaysia without an exception. The business is mushrooming in Peninsular Malaysia, from north to south, from east to west. Beside offering the visitors to hang out with adorable and huggable cats, the cat-themed café also provides other services such as open for adoption, breeding and cat dealer upon request.

A study revealed that owning a pet can make us happier and healthier, however, some of us spend so much time at work, traveling or perhaps, some of our family members are allergic to furry friends that means it’s not feasible to own one.

But hey, there is a good news, cat-themed café is just right for you to release stress from work.

As of today, I have visited some of the feline cafés around the city centre of Kuala Lumpur. Of the cafés are the Good Meowing Café at Cheras run by a Muslim owner. The staffs are extra-friendly, helpful and knowledgeable about the feline species. The entrance fee is at RM6 for 30 minutes.

Then, there is  Purradise Cat Café at Taman Tun Dr. Ismail, Damansara Utama. The first cat-themed café I have visited run by a sweet Chinese-couple at entrance fee of RM15 per hour including a beverage.

These two places feature about 15 to 38 cats, of which some of them are being rescued in the neighbourhood and then brought to healthy life. Some are the expensive indoor cats that cost about tens of thousands of ringgit.

Notably, this creative idea successfully brought the positive vibes to many parties in cultivating the sense of animal care. Non-profit organisations as well as government agencies have always been supporting the initiative to reduce the untamed and stray animals particularly in big cities.

However, speaking of untamed cats, there is a dilemma among the so-called cat lovers.

Stray cats are facing great challenges in their daily life – apart from lacking of human attention and touch, they need to survive by finding shelter and food in order to wake up for the next day.

In fact, some stray cats are once pet cats and used to live in a home but later abandoned by their owner in the street or they got lost. Due to that, they are capable to socialise with human connection and have a potential to reintroduce as pets again.

Ironically, this so-called cats lovers are willing to spend about dozens of ringgits at cat-themed café weekly to be with these furry animals but it is impossible for them to buy cat food, which cost between the range of RM3 to RM20, small package and 1.6kg respectively, for a cat that can last for a month.

It is more devastating to see when there are some people who tend to be abusive by kicking and shushing kitten begging for food in the cafe. Perhaps, pinches of chicken or fish will be great and may Allah bless.

Accordingly, you are not really a cat lover if the one that you like is the one that has specific features such as big eyes, furry, fat and tamed or hug only pretty cats with those high class breeds – it is a hypocrisy and lack of humanity.

Another major different is, cat-themed café in East London and Manhattan act as an adoption centre, which mostly featured rescue stray cats looking for potential new owners unlike in Malaysia where probably stray cats are three to five from the packs.

Not to mention, we can count by fingers those who are willing to pay a visit to Pusat Perlindungan Kucing for free in this country and support the organisation for the stability.

Nevertheless, a domestic cat is biologically healthy and have a long life span, extra friendly with human and survival in nature, unlike those fat, living indoor high class breeds, that have genetic health problems.

From Islamic perspectives, cats are admired for their cleanliness, which make them a common pet among Islam. Cats being pure creatures (not najis), thus they are allowed to enter homes and even mosques (for example, in Istanbul, there is a mosque whereby the Imam (Mustafa Efe) has been letting these furry friends to catch warm in the mosque during cold weather), including Masjid al-Haram.

Lastly, everyone is free to live with cats but they must treat them well, provide enough water and food then giving them a degree of freedom to move around not caged. If the cats don’t want to move due to its fatty and laziness, that’s just fine.*** 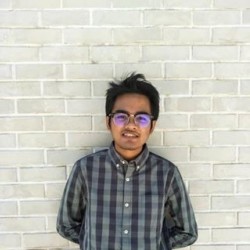