The Rector made the remark after watching CITRA’s inaugural performance, Malam Santai Budaya Muzika 2014, yesterday. She too commented that the night’s performance left her in amazement as she did not set that high an expectation given that CITRA only had three weeks of preparations.

Viewing the night’s stellar performance as a sign that CITRA is on track with the university’s plans to make the Islamic arts an accredited co-curriculum activity, Prof. Dr. Zaleha revealed that a Kulliyah of Islamic Arts is in the pipeline in the near future.

The Malam Santai Budaya Muzika was a combined effort of many CITRA Clubs such as Caklempong, Angklung, Theatre, Gamelan, and the Acoustic Band. The strength of the entire CITRA performers for the night totaled a staggering 150 performers from the aforementioned clubs.

The one hour and a half event wowed the audience in the packed Main Hall, CAC, with various performances such as Caklempong Paciak, Hadrah and Qasidah, a Zapin dance Tarian Etnik Sarawak, a Wayang kulit Hidup, and various musical collaborations involving the Gamelan, Violin, and Gambus.

Program manager, Tarmizi Ahmad Shatri from the Kulliyah of Informations and Communication Technology, said that CITRA aims to manifest Islam and culture through music. He too commented that the various clubs under CITRA used to perform separately under small groups, but it is only with the formation of CITRA that their full strength and ability can be seen.

The President of the Angklung club, Faeizah Ayuni Jamil from the Kulliyah of Education, agreed with Tarmizi, adding that all the clubs under CITRA had put in great effort and showcased excellent spirit and teamwork in order to make the night a success.

Audience member Amilia Raihan from the Ahmad Ibrahim Kulliyah of Laws called the performance amazing, and that the performers deserved a standing ovation.

With audiences such as Amilia heading home thinking that IIUM should give more support to Islamic Arts and culture activities, the newly-formed Centre of International Islamic Culture certainly has made its mark in the university with Malam Santai Budaya Muzika. 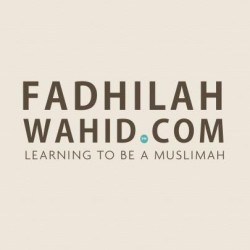 Fadhilah Wahid
Fadhilah Wahid is a final year Communications major at IIUM. She writes to inspire at her website, Fadhilahwahid.com.