GOMBAK, 5 November 2020: Tension rises all over the world as people eagerly wait for the results of the 2020 US Presidential Election.

As of 12:00 a.m. (Malaysian time), according to the latest update on The New York Times, candidate Joe Biden of the Democratic Party is leading with a total of 224 electoral votes and 50.2% votes.

President Donald Trump of the Republican Party has amassed a total of 213 electoral votes and 48.2% votes.

The United States of America uses the electoral college system where each state has a fixed number of electoral votes. The popular vote elects members of the senate, mayors and other state officials, however, it doesn’t determine who wins the presidency.

That decision solely lies on the electoral college system where a group of presidential electors are required to form every four years exclusively to elect the president and vice president of the United States of America.

Who’ll be the leader of the free world? Now you’re in the know, stay tuned for more updates.*** 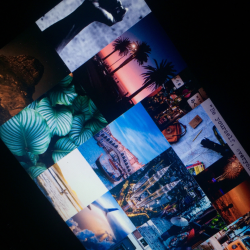 One Reply to “Update on US presidential election”