GOMBAK, 20 February 2016: The democracy process in Malaysia will be much easier if the opposition stands as one, Malaysia’s former Deputy Prime Minister, Tun Musa Hitam told a forum here in IIUM today.

“Things would have been easier if the opposition was one,” Musa said during a wrap-up session at the end of the forum. He added that it has become one of the biggest problems in Malaysia when the opposition had always been over one another.

“They nearly succeeded during previous general election. It shows the power of unity within that. But unfortunately, since then until now, I don’t think the opposition is doing better,” said Musa detailing that the main key in winning the election is to work for Malay votes. He gave an example of former Prime minister of Thailand, Thaksin Shinawatra who never lost in election because of the 100% support from the rural people.

Musa believed that UMNO /Barisan Nasional will still be the most important factor that has worked very hard to gain the Malay votes with all the resources available. 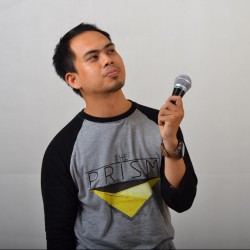 ajwadamal
A humble journalist. Only wrote what he heard.

Latest posts by ajwadamal (see all)